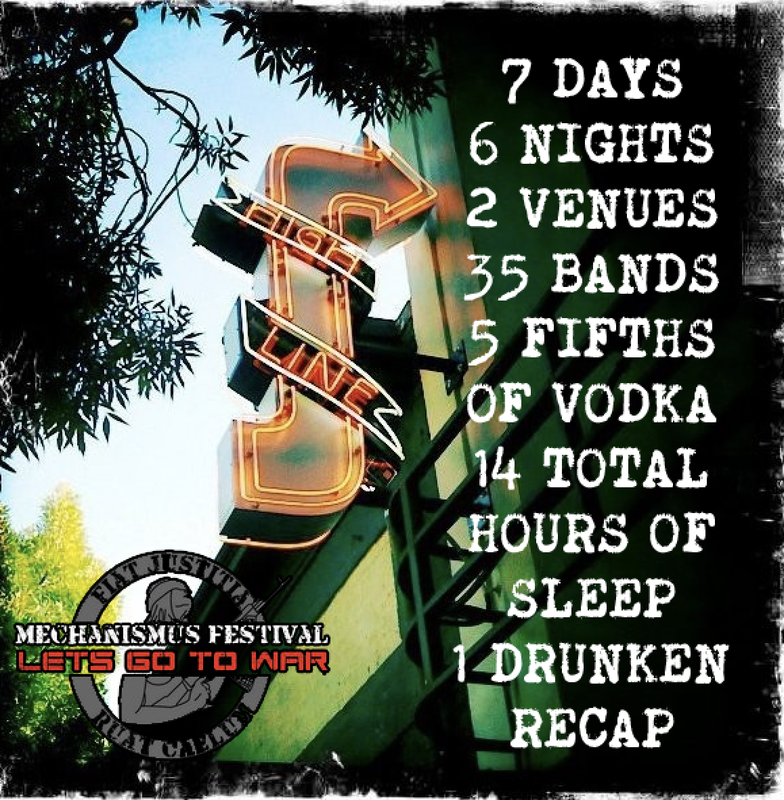 ​Holy SHIT what a festival. It’s been nearly 6 weeks now and I think I’ve finally recovered enough to put my thoughts to word and provide my in-depth insight and perspective.
But who cares about that, really? If you were there, you already know how amazing it was. If you WEREN’T, then you simply have to go next year. It’s amazing what Mechanismus has been able to put together two years in a row, and as long as people keep coming, we can keep doing this.
So – in lieu of providing a rundown and review, I opted to offer my unique perspective on the festival as a half-insider, half-outsider; I was part of the crew this year, travelling from Spokane to spend a week balls-deep in industrial madness. The following is a recreation of the week from the Doktor’s perspective: notes taken during the week were only moderately edited. As you’ll soon be able to tell, things got pretty loopy towards the end..
So, on that note, off we go!
LET’S START THE BLOG!


Met a ton of cool people, made some new friends, reconnected with the Seattle crew, interacted with several great artists, and partied with 35 bands. Holy shit. What a week. Fantastic memories. I cannot imagine a life without industrial music. So much love and noise. Let’s do it again!

We definitely went to war. And we survived. Somehow. It was an honor serving with you all. Thanks for reading & see all of you survivors next year!