​Obscurus Studios is the flame emerging from the spark that is created when opportunity finally comes into contact with inspiration, dedication and determination.   It is a shape shifting entertainment vessel, a temporary portal to a house in Wonderland inconspicuously hidden in the middle of an unexpected and disinteresting dot on the map.  While our primary source of excitement and intrigue comes in the form of live music events, we are a collective of individuals and artists united to culture a community of positive growth and exploration beyond just our shows, to nurture the efforts of our youth and bring together those that may be stuck or believe they are lost or alone.   As a long term fan of dark underground sub culture art & entertainment we’ve seen depression, suicide, drugs and alcohol destroy the lives and potential of so many friends and colleagues, we are working to rid our communities of negativity, emotional turbulence, and suicide through art, music, opportunity, networking, support, higher standards, hard work and respect (both inward and out.)  While events here could rarely be 18+ or 21+ if need be, it is for those reasons above that we primarily put on all ages events, we all remember missing out on our favorite shows, and history has proven that boredom often leads down unproductive paths and sometimes worse. 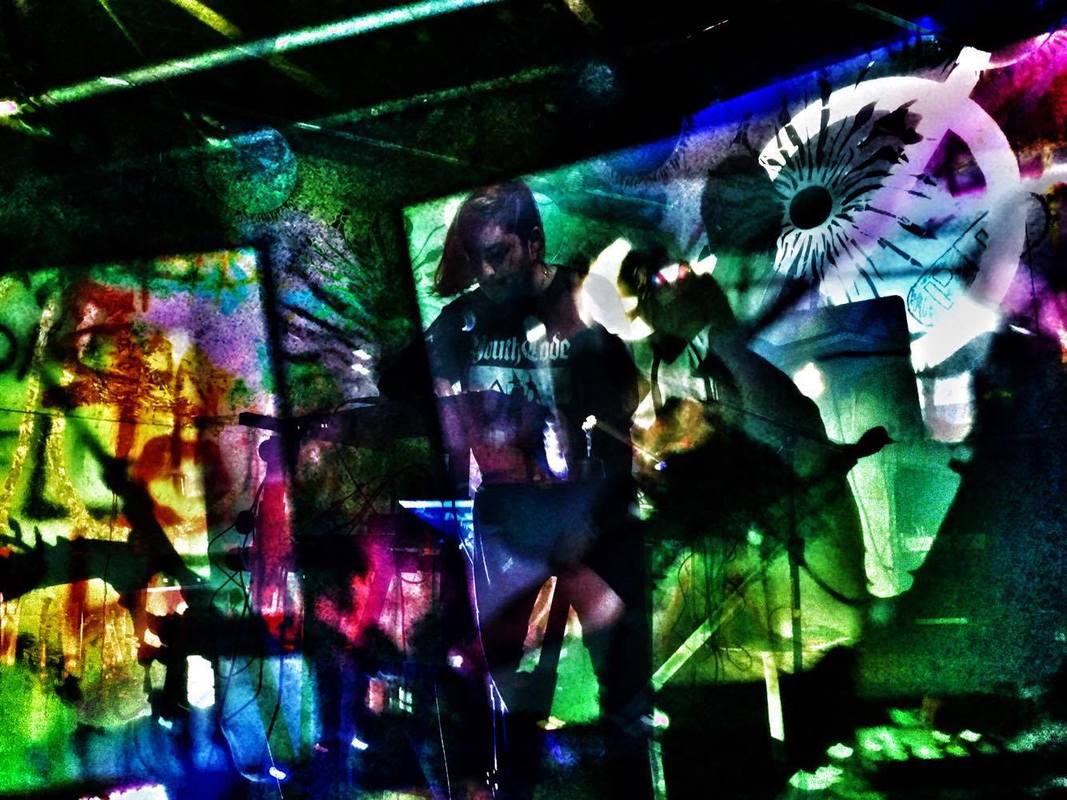 That’s the dream anyway, the ideal outcome of what we hope will be.  In reality Obscurus is still in its infancy, a long term work in progress that began over four and a half years ago when my family moved into this house.  As a long time musician I knew exactly what I wanted to do with that garage.  I decided at that time that I wouldn’t set up any gear until I was done, other than playing a keyboard a few times I pretty much quit being a musician for around 3 very long years as this place was a disaster and I had never invested in anything for a live setup before, I barely bought myself good gear.  Obscurus is now in its second season and while still in a primitive state has drawn interest from much farther than expected.   In addition to being a venue, the space is also available as a donation based rehearsal studio and a primitive production center with audio, video and photo editing capabilities.
I am proud to say I am no longer alone and have been joined by 3 excellent members of the underground music scene.  Each one bringing in talent from a variety of genres that fit well within a general community.  Abraham Moses an elder noiser here in the PNW oversees all facets of Noise and Experimental music.  Miles Jones of Necropolis deals extensively in the realms of Goth, Industrial, and Electronic music.  John Hoarfrost deals exclusively in Black Metal.  I help with all those genres plus Neoclassical and can be reached for all other inquiries regarding the studio.